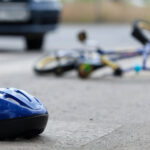 Sometimes, something as simple as a walk home from a convenience store can be fraught with danger. Dangerous situations can arise out of nowhere, with no warning. Such was the case when a Fort Lauderdale teenager was struck and killed while walking home from a neighborhood store. In this case, the driver of the… Read More »

Hit and Run in Florida

A Fort Lauderdale man is fighting for his life following a hit-and-run incident in Oakland Park, according to a report in the Sun-Sentinel. The 22-year-old, Joseph Deverson, is in critical condition, according to the report, after being hit by a driver on Powerline Road in Oakland Park, Broward County. Deverson was hit in the… Read More »