Roadway Hazards After A Florida Hurricane 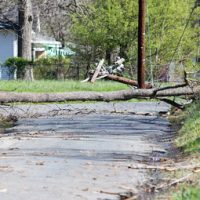 Many Florida residents are still reeling from the unprecedented devastation left behind by Hurricane Ian, which as a Category 4 storm was the deadliest hurricane to strike the state since 1935. As we grieve what has been lost in our community and prepare for our next steps, however, we want to make sure that residents are aware that there are often still a lot of ongoing roadway hazards after a hurricane for which they should keep an eye out. We all need to use extra care in the coming months as we attempt to navigate Florida’s damaged roadways. Unfortunately, even those who use the greatest degree of care could end up involved in an accident, in which case, he or she may need to file a claim against the at-fault party who caused the crash.

There are a lot of roadway hazards that can persist in the weeks and months following a hurricane. For instance, although a lot of the flooding caused by Hurricane Ian has receded in recent weeks, it has also given way to new dangers. Motorists are also now seeing more traffic in coastal cities, which are badly gridlocked, largely because of:

These kinds of issues can result in serious accidents, devastating injuries, and significant property damage. For help determining who was at fault for your own post-hurricane Florida car crash, call our legal team today.

There are also more pedestrians and cyclists on the roads following hurricanes, as the vehicles of many were damaged so severely that they are now un-drivable. Other individuals, however, are attempting to drive vehicles that may be unreliable as a result of becoming damaged by flood waters. It’s a good idea for those whose vehicles weren’t washed away, to double check that the floodwaters didn’t reach and compromise their vehicle’s engine. Water damage to brakes can also result in decreased braking power, warping, and even outright failure. Finally, as the winds calmed and the flood waters receded, thousands of contractors, nonprofit organizations, government workers, and insurance adjusters arrived in Florida to help repair some of the damage and provide aid to struggling victims. While this help is greatly appreciated, it has contributed to some of the traffic problems in Southwest Florida.

Florida residents across the state are attempting to move on with their lives after the devastation caused by Hurricane Ian. That does not mean, however, that we are no longer at risk of injury. If you were hurt in a car crash after Hurricane Ian due to a road hazard, defective vehicle, or negligent driver, don’t hesitate to call the dedicated Florida car accident lawyers at Boone & Davis for help. We are available for free consultations, so don’t hesitate to call us at 954-566-9919 or to contact us online today.