Receiving A Settlement Offer After A Florida Car Accident 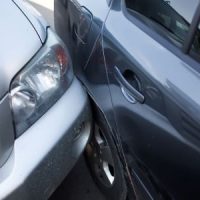 Most Florida car accident lawsuits are resolved before trial, which often proves beneficial for all parties involved, saving them both time and money. Instead of litigating their legal issues and leaving the result in the hands of a judge or jury, parties can negotiate a settlement in an out-of-court setting. Having the help of an experienced car accident lawyer is crucial during this process, as it makes it much more likely that any offers accepted by the claimant will actually cover his or her losses.

The settlement process typically begins when a claimant sends a demand letter to the at-fault driver. These letters should include details of the accident in question, a request for a certain settlement amount, and evidence to back up those assertions. Upon receipt, the insurer will usually conduct its own investigation, after which it will decide to either approve or deny the claim. If approved, it will likely send a settlement offer, which states that in exchange for accepting a certain sum of money, the claimant agrees not to pursue litigation.

Just because a claimant receives a settlement offer does not mean that he or she is obligated to accept it. In fact, it’s often a good idea not to accept an insurer’s first offer, which tends to be lower than is actually necessary to cover the claimant’s losses. If the settlement offer isn’t fair and won’t cover the victim’s medical bills, property damage, and lost wages, then he or she can submit a counteroffer. If the insurer accepts the counteroffer or if the claimant accepts the initial offer, then the parties can move into the settlement stage. Alternatively, the insurer could refuse the counter-offer and submit one of its own. The claimant will then be given the chance to evaluate this offer before deciding whether to move forward with settlement proceedings.

When two parties are able to reach a settlement agreement, they will need to record that agreement in writing. This is a very important document because when it is signed, the claimant will be barred from pursuing a legal claim against the at-fault party in court, or from attempting to obtain more compensation at a later date. This is why it’s so important to have an experienced attorney on your side who can carefully assess initial offers, counter any unfair offers, and if possible, enter into a fair settlement agreement.

Settlement negotiations don’t always end up leading to a positive result. It is not uncommon, for instance, after a lot of back and forth, negotiation, offers and counter-offers, for one or both parties to cease negotiations entirely and decide to litigate the case. In these instances, the parties will need to engage in discovery, where they exchange evidence, after which their attorneys will argue the case in the presence of a judge or jury. If the court deems a defendant to be at fault for an accident, then it can award damages to the victim in an amount that reflects his or her losses and degree of fault in contributing to the crash.

To speak with an experienced Florida car accident attorney about how to go about entering into the settlement process with the at-fault driver who caused your crash, call Boone & Davis at 954-566-9919 today.

By Boone & Davis | Posted on November 15, 2022
« Florida Left-Turn Accidents
What If Another Driver Accuses Me Of Causing A Car Accident? »