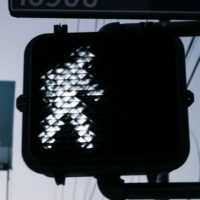 Miami, FL (March 8, 2021) – A pedestrian-involved traffic crash happened on a roadway in west Miami on the afternoon of March 6. Just before 2:00 p.m., police and EMTs were sent to assist at the scene of the wreck on Brickell Avenue.

Sources indicate that the accident occurred in the 400 block of Brickell Avenue near Southeast 5th Street when an unidentified pedestrian was struck by a Lyft vehicle. The reason the collision occurred remains currently unknown.

The pedestrian sustained injuries in the wreck and required emergency treatment at the scene. They were then transported to an area hospital via ambulance for further treatment.

The area of Brickell Avenue where the accident happened was blocked off while responders worked to clear the scene. Investigations into the details of the incident will be carried out by local police.

Our thoughts are with the injured party and their family in hopes of a full and fast recovery.