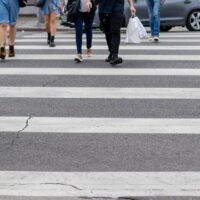 Miami, FL (March 16, 2021) – Just before 7:00 p.m. on the afternoon of March 25, a traffic wreck resulted in injuries on a roadway in Miami. Reports show that a pedestrian was struck by a car and injured in the 800 block of Brickell Avenue.

Sources state that the incident took place on Brickell Avenue near Brickell Key Drive. No one involved has been publicly identified at this time. Police and paramedics were dispatched to the crash scene shortly after it occurred.

The injured pedestrian was tended to by emergency crews at the scene. They were then taken to a local medical center for further treatment.

While authorities investigated the circumstances of the incident and paramedics assisted the injured victim, the roadway was closed. Traffic delays resulted for some time. Drivers were asked to seek alternate travel routes for the time being.

We would like to offer our thoughts to the injured party. We hope for their full recovery.

Authorities in Miami continue to investigate the details of the incident.