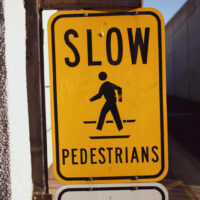 Miami, FL (February 1, 2021) – A male pedestrian suffered injuries in a hit and run collision that occurred on a roadway in Miami on January 31. Reports indicate that the accident took place at approximately 10:22 p.m. for reasons still being investigated by local authorities.

EMTs and police were dispatched to the crash scene shortly after it occurred in order to render emergency aid to the injured victim. Sources revealed that the crash happened in the 2000 block of Southwest 11th Street.

The identity of the injured victim has not been reported at this time. He was rendered emergency medical aid at the site of the crash by ambulance attendants, who noted that he did not have a pulse and was not breathing at the time of rescue.

The injured party was then transported from the scene to an area hospital for further treatment. His current condition has not been reported.

Traffic was blocked in the area for some time after the accident took place in order to allow first responders to work at the scene. An investigation into the details of the incident will be carried out by local authorities.

Police in Miami are currently searching for a red Mercedes that fled the scene of the crash.

Our thoughts are with the injured victim and his family in hopes of a full recovery.

A traffic accident in Florida occurs approximately once every 84 seconds or over 1,000 times per day, according to information provided by the Florida Department of Transportation. Pedestrian accidents take the lives of hundreds of people per year. Studies show that those involved in Florida pedestrian crashes are more likely to be killed than those involved in pedestrian crashes in any other state in the nation. According to statistics compiled concerning traffic accidents in the United States, approximately 94% are caused by driver negligence and/or distraction.

Florida is ranked as one of the most dangerous states to travel through due to its high accident-fatality rate. However, Florida is one of the most highly-populated states in the nation, which directly correlates with its statistical values.

Being injured in a Florida traffic accident can be a very frightening, draining, and stressful experience. You could be dealing with a multitude of different issues after your involvement in an injurious car crash in Florida. Debilitating pain could result from being injured in an incident of this magnitude, as well as mental stress and anguish depending on the circumstances and severity of the wreck.

Sustaining injuries in a traffic crash caused by another person’s negligence entitles you to the option to collect financial compensation for the injuries and losses that may have resulted from the incident. A personal injury attorney in Florida will be able to help you better understand your existing legal rights as well as exercise them in order to collect full and fair compensation in order to cover things like medical bills, mental health bills, funeral costs when applicable, and more.