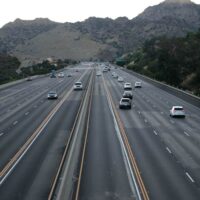 Miami-Dade, FL (April 19, 2021) – One woman and her three children were hospitalized after their involvement in an accident in Northwest Miami-Dade. The crash was reported to have taken place around 2:15 p.m. on Saturday, April 17.

The incident involved a stolen SUV, according to information provided by officials. Fire Rescue Units along with Miami-Dade police responded to the scene located at the intersection of Northwest 22nd Avenue and 66th Street.

Witness statements show that a white BMW sedan was traveling along Northwest 22nd Avenue headed north. As it passed through a green light at the intersection, a dark-colored Subaru SUV traveling down 66th Street t-boned the BMW.

The occupants of the BMW were identified as a 36-year-old mother and her three children, ages 6, 10, and 11. Police stated that the SUV was stolen and approximately three people were inside of it at the time of the collision.

The woman had to be extricated from the wreckage by fire crews at the scene. She and her three children were transported to Jackson Memorial Hospital in serious condition. The woman allegedly suffered a broken arm, the 6-year-old is in critical yet stable condition, and the other two children are expected to make full recoveries.

The incident remains under local law enforcement investigation at this time.

Our thoughts are with everyone involved in hopes of a full recovery.

Florida traffic accidents occur more often than accidents in nearly any other state. This is partially due to the high population in the Sunshine State, which directly affects its accident-fatality rate. Florida sees close to 400,000 car accidents per year accompanied by over 250,000 injuries and more than 3,000 fatalities. A fatal collision occurs in Florida approximately once every 3 hours.

A person’s life and wellbeing can be devastatingly impacted after their involvement in a serious traffic accident. Those injured in negligently caused accidents may experience a reduced quality of life, and their wellbeing can be negatively impacted in various ways. They may be forced out of work due to dealing with severe pain and suffering, all while becoming increasingly financially burdened due to their accident and resulting injuries. In the event that a collision you were injured in was caused by negligence, you may be entitled to significant financial compensation to cover things like medical bills and other costs associated with your accident.

Victims and their families face numerous challenges after being injured in negligently caused accidents. The legal team at Boone & Davis understands this and strives to assist injured victims and their families in any and every way possible. We will work tirelessly in order to ensure you the most effective and aggressive legal counsel available in Florida. Our goal is to award our clients the maximum compensation available for their injuries and incurred losses that may have resulted from their recent accident.

For over 40 years, our legal team has been providing injured accident victims and their families with invaluable resources and assistance in order to get their lives back on track during and after dealing with arduous accident aftermath.

In the event that you believe that you or someone you love was injured in an accident caused by negligence, you should call the Florida personal injury attorneys at Boone & Davis at your earliest convenience in order to be connected with a skilled and experienced attorney. A Florida personal injury attorney will assist you in collecting full and fair compensation for your injuries, losses, and/or damages that may have resulted from another person’s negligence. Paying for injuries is out of the question when you work with a compassionate, reputable Florida accident attorney like the ones at Boone & Davis. Our work is dedicated to making your life and accident aftermath easier, one step at a time. Call 954-566-9919 today to get started on your own personal injury case and to get going on your own personal path to recovery. No one deserves to face an issue of this magnitude on their own. Call us as soon as possible to relieve some of the burdens you may be facing after involvement in an accident.