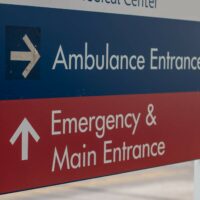 Miami-Dade, FL (July 29, 2021) – All lanes of 95 Express South were blocked on the morning of July 29 due to an auto accident. The incident was reported to local officials shortly after 8:00 a.m. Various responders were dispatched to the scene.

Upon their arrival at the site of the wreck, located on 95 Express South near Florida’s Turnpike/SR-826, paramedics found at least one person suffering from injuries.

Wounded parties were rendered emergency aid on site before being taken to local medical centers for further care as needed. Their identities have not been released at this time. Authorities in Miami-Dade continue to investigate.

All lanes of the roadway were blocked for an extended time period on the morning of July 29 while emergency workers remained at the crash scene. Local motorists were forced to find different travel routes while the scene remained active.

Nothing further has been reported at this time. Authorities in Miami-Dade continue to investigate the details of the incident.

Our thoughts are with everyone involved. We hope for their full and fast recovery.

One of the most populated states in the nation, Florida sees more car accidents than almost all other states in the US. The top three most dangerous states for motorists, currently, are Texas, California, and Florida. Florida sees more than 400,000 car accidents per year. Hundreds of thousands of injuries result from these crashes and thousands of deaths. Unfortunately, almost all of these wrecks are caused by negligence, according to recent statistics concerning auto accidents in the United States.

Over 94% of the car crashes reported in the US are the result of some form of driver negligence. Driver negligence comes in many forms, including intoxication, speeding, fatigue, distraction, and more. It is extremely important that drivers keep their attention on the road at all times. Failing to do so could result in a serious or even catastrophic vehicle collision that could ultimately turn out fatal. The severity of an auto accident usually depends on what caused it, and auto accidents caused by negligence are usually worse than those that are not caused by negligence. Car accidents in Miami-Dade usually force victims out of work and into hospitals and almost always result in medical bills that never seem to stop coming. Being involved in an accident like this can be extremely stressful and overwhelming, which is why it is important to contact a personal injury lawyer in Fort Lauderdale.

If you know that your wreck was indeed the result of another driver’s carelessness, recklessness, or negligence, you could be entitled to significant financial compensation. Compensation should cover things like medical bills, vehicle repair costs, and funeral costs when applicable. The law office of Boone & Davis has over 3 decades of experience in helping injured crash victims get the compensation they deserve after suffering through a negligently caused accident. Call the personal injury attorneys in Fort Lauderdale today at 954-566-9919 in order to speak with a reputable Florida personal injury lawyer who will be able to inform you of your eligibility toward compensation for your injuries and losses that you may have incurred due to a recent traffic accident.