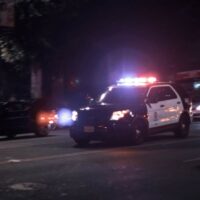 Miami-Dade Co, FL (August 4, 2021) – One driver sustained serious injuries and his passenger was killed early Monday morning, August 2, in a crash that occurred on Interstate 75 near Hialeah.

The crash happened around 1:00 a.m. in the southbound lanes of the highway near Northwest 154th Street. Florida Highway Patrol Lt. Alex Camacho said that a gray Toyota SUV and a gray Acura sedan were heading southbound when they collided. As a result of the impact, the driver of the Toyota lost control and crashed their SUV into a concrete barrier wall, causing it to turn over.

Camacho said that the driver of the SUV was transported to Jackson Memorial Hospital’s Ryder Trauma Center via ambulance with serious injuries. His passenger, identified only as an adult man, was pronounced dead at the scene.

The cause of the crash remains under investigation, and further details have not been released.

Our deepest condolences go out to the family of the deceased victim. Our thoughts are with the injured victims in hopes of a full recovery.

The rate of injurious and deadly traffic accidents that occur in Florida is higher than nearly any other state in the United States. This is accounting for both the average number of yearly miles traveled along with the population of our state. According to recently compiled statistics, Florida is the third-highest state in the nation for fatal motor vehicle accidents. Approximately 400,000 car accidents occur per year in the Sunshine State, and around 3,000 of them turn out to be fatal. On average, the state sees more than 1,000 traffic accidents take place per day. This is equal to a crash taking place approximately once every 84 seconds. The stark reality of the car accident statistics in Florida is this: we have some of the most dangerous roads in the entire nation.

One study that looked at data in 2018 concluded that Florida claims some of the most dangerous drivers in America. Florida is a no-fault state, which means that each driver’s insurance pays for their own medical costs following a collision. This combined with the accident statistics makes for extremely perilous driving. Crashes are not only very likely to occur in the Sunshine State but may result in serious injuries or death, without an obvious insurance remedy to cover the associated costs.

Many car accident victims must result to utilizing the services of a skilled and experienced car accident lawyer in Miami-Dade. An attorney will be able to help injured victims pursue an injury claim against all possible responsible parties. A lawyer from Boone & Davis will be able to help you claim an accident injury settlement that can provide you money in order to cover medical bills, out-of-pocket expenses, lost wage reimbursement, and more. A settlement may also compensate you and your family for the pain and suffering you may be facing during this difficult and uncertain time.

The trusted Florida wrongful death attorneys at Boone & Davis have been helping injured crash victims and their families recover financial compensation for their injuries and losses for more than 40 years. We understand that dealing with being injured while potentially having to pay astronomical medical bills while being forced out of work for a prolonged recovery might be stressful for you. This is why we are here to help. We are extremely passionate about helping innocent crash victims get the compensation and justice they deserve. No one should have to pay for suffering due to another person’s negligence.

Call the law office of Boone & Davis in Fort Lauderdale in order to be connected with a seasoned personal injury attorney who will be able to answer all of your questions. Our lawyers have made it their professional duty to help those who have been injured by the negligence and/or carelessness of others. You can reach our office at 954-566-9919. Consultations are free and you pay nothing unless awarded financial compensation.