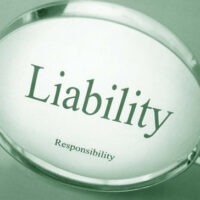 Twelve residents whose homes were damaged or destroyed in a fire resulting from a negligently maintained controlled burn, recently filed civil suits against the contractor who was responsible. According to the complaint, the at-fault contractor was hired by Florida’s Fish & Wildlife Conservation Commission to perform a controlled burn, but failed to properly douse the fire, causing a massive wildfire on Lime Rock Road in late June, which rendered at least twelve properties unusable and a number of others seriously damaged.

Although the exact acreage destroyed during the fires is unknown, experts estimate that at least 800 acres were damaged. Unfortunately, this type of accident is not uncommon, especially in states like Florida, where controlled burns are a standard part of local maintenance. Resulting damage, as well as the physical toll that fires have on victims, can have devastating consequences, making it especially important for those who sustain physical injuries or suffer property damage in a fire, to speak with an experienced personal injury attorney who can help them seek compensation for their losses.

After an investigation into the Lime Rock Road fire that occurred June 24th, officials determined that it had originated within the prescribed acreage where a private contractor had started a controlled burn on June 18th at the request of Florida’s Fish & Wildlife Conservation Commission, which asked the contractor to burn 480 acres within the Apalachicola River Wildlife and Environmental Area. According to the complaints filed by the victims of the fire, although Wildlands Service Inc asserted that it had fully and adequately extinguished the controlled burn on June 20th, the burn actually intensified and spread outside of the prescribed area, burning an additional 340 acres. The plaintiffs also argue that the company could have kept bulldozers and a number of employees on site to eliminate the risk of the fire spreading, but failed to do so in an effort to cut costs.

A number of the victims of last summer’s fire on Lime Rock Road have filed claims against Wildlands Service Inc for failing to take reasonable precautions when controlling a burn area. In compensation, the parties request damages for lost income and for severe emotional distress. A second lawsuit, filed by another victim who rented a residence and property near the burn area also alleges that the plaintiff suffered a physical injury in the fire, as a result of which, her earning abilities have been impaired. In fact, many of the plaintiffs have begun suffering adverse health effects as a result of the fires, including asthma and other respiratory problems and have also requested compensation for medical expenses, in addition to compensation for the loss of their homes.

If your personal property was damaged in a fire or you sustained a serious injury, you could be eligible for damages. To schedule a free consultation with a dedicated and compassionate personal injury attorney who can explain your legal options, please contact Boone & Davis in Fort Lauderdale at 954-566-9919 today. You can also reach a member of our legal team via online message.