Lane Diver Believed To Be Cause Of Multi-Vehicle Crash 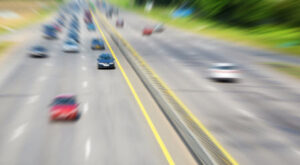 A chain-reaction crash that resulted in numerous serious and life-threatening injuries to those involved is believed to have been caused by a ‘lane-diving’ driver who cut out of the express lanes and into the regular lanes on Interstate 95. Three vehicles were damaged in the accident and that section of the highway was shut down for several hours as emergency personnel worked to get the accident victims out of the vehicles and transported to medical facilities and then clear the roadway of the mess left behind. According to the reports, the drivers of the three vehicles involved in the crash were not able to stop in time when the lane-diver cut out in front of them.

What Is Lane Diving?

Those of us who live in the Miami and Fort Lauderdale area are very familiar with lane diving. Lane diving is a dangerous practice followed by far too many drivers on Interstate 95 who find themselves in the express lanes and choose to exit into the regular lanes in places where this should not occur. This activity is not only dangerous but also illegal, yet difficult to prevent and enforce.

Though the Florida Department of Transportation has been making efforts to discourage and prevent this dangerous driving activity by replacing those flexible white poles that separate the highway lanes, the project is not yet finished and lane-diving continues. In addition to the replacement project, the Department of Transportation is also cutting the spacing between the poles in half, which should help to cut down on the abrupt lane changing. Cutting down on this illegal activity is believed to help create a much safer driving experience on this busy highway and lower the number of accidents it causes. A future component of the project is scheduled to begin in the new year that will provide for stopping zones for drivers in the toll lanes to be able to pull over if they are experiencing car trouble, which is one of the reasons that drivers may attempt to lane dive in the first place. An additional benefit of the stopping zones will be to allow law enforcement to have a safe place to pull drivers over for ticketing.

Though the consequences of violating laws against lane diving already include points and fines, only time will tell if the changes taking place will help to cut down on its frequency. Regardless of the efforts to prevent the practice and punish those who continue to practice these dangerous moves, it is likely that lane-divers will continue to cause accidents and injure other innocent drivers.

If you have been involved in an accident and have suffered injuries as a result of another’s negligent or illegal acts, you need to speak with an attorney. The experienced attorneys at Boone & Davis will explain your rights and responsibilities under Florida law and help you to understand what to expect will happen with your case. Contact Boone & Davis online or by phone at 954.556.5260 to schedule your initial consultation. You are under no obligation and there is no cost to learn about your rights today.