Close Menu
Fort Lauderdale Personal Injury Attorneys > Blog > Auto Accidents > How Severe Does A Crash Have To Be For My Airbags To Deploy?

How Severe Does A Crash Have To Be For My Airbags To Deploy? 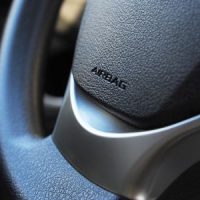 Airbags play a key role in protecting a vehicle’s occupants in the event of a collision, deploying to protect passengers from striking the airbag, steering wheel, doors, or windows. In fact, according to the Insurance Institute for Highway Safety (IIHS), frontal airbags reduce driver fatalities by almost 30 percent, while side airbags can reduce a driver’s risk of death by 37 percent. Unfortunately, airbags can and do cause injuries of their own, including lacerations, contusions, concussions, and even broken bones.

When do Airbags Deploy?

Frontal airbags are not designed to deploy in all collisions, but only in moderate to severe frontal or near-frontal crashes, where special crash sensors trigger the activation of the airbag system, initiating a chemical reaction that inflates the airbag in less than 1/20th of a second. Side airbags deploy even more quickly. Driver airbags are located in the steering wheel, while passenger airbags are located in the dashboard and when inflated, are intended to protect occupants from head and chest injuries. Typically, front airbags deploy for unbelted occupants when a crash is the equivalent of an impact into a solid wall when traveling between ten and 12 miles per hour. Most airbags, however, deploy at a higher speed, at around 16 miles per hour, for belted occupants. Frontal airbags could also deploy in side-impact collisions if there is enough forward movement during the crash.

Unfortunately, while airbags can reduce the risk of death, they can also cause injuries, including:

Occupants can reduce the risk of sustaining this type of injury by wearing their seatbelts at all times and keeping at least ten inches between their bodies and the airbags. Children should always sit in the back seat because airbags can cause serious injuries to children sitting in the front. Fortunately, it is possible for motorists who are injured by their airbags to recover compensation for their losses from the at-fault party who caused their crash in the first place. This is true even if the airbags deployed properly and prevented more serious injuries. In the event that an airbag system malfunctioned, however, injured parties could be entitled to compensation from the manufacturer who designed the product.

Call Boone & Davis for Help with Your Car Accident Case

To speak with an experienced Florida car accident lawyer about your recovery options following a car crash, please call Boone & Davis at 954-566-9919 today. Our dedicated legal team has developed a reputation for excellence in Florida and has a proven record of success. Don’t hesitate to reach out to us for legal help.