How Long Does It Take To Settle A Truck Accident Case? 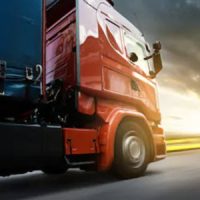 A collision between two passenger vehicles can be a harrowing experience. A crash involving a massive commercial vehicle and a passenger car can, however, be both a terrifying and potentially catastrophic experience. If the driver of the smaller car wasn’t at fault, then he or she could be entitled to compensation from the trucking company that hired the at-fault driver. How long this process takes, however, will vary depending on a number of factors, including the degree of negligence exhibited by the driver, whether the injured party contributed to the crash, and the severity of the injuries involved.

The Dangers of Truck Accidents

The average weight of a passenger vehicle is a little over 4,000 pounds. A commercial truck, on the other hand, can weigh between 35,000 pounds (when unladen) and up to $80,000 (when fully loaded). It’s clear that when it comes to collisions between these two vehicles that the driver of the smaller car is much more likely to incur substantial damage. Injuries sustained by the occupants of passenger vehicles in these kinds of crashes also tend to be more serious, often reaching the level of catastrophic.

In an accident with a commercial vehicle, the injured party won’t just be dealing with that truck’s driver, but also with the company that employed the driver. In some cases, a vehicle manufacturer could also have played a role in the collision if a vehicle part was defectively designed or manufactured. Even a third party, like another driver, who swerved in front of the truck, could share some responsibility for causing the truck accident. The number of parties involved in an accident will have a significant impact on how long it takes to settle a claim. Generally, the more parties are involved, the longer it will take to resolve a claim, even if the truck driver or trucking company was primarily responsible for the crash.

Perhaps the most important factor in determining how long it will take to reach a settlement after a truck accident is how willing the trucking company is to negotiate. If fault is clear, the trucking company will generally be more likely to engage in good faith settlement negotiations. Similarly, if there aren’t a lot of other parties involved in the case, trucking companies often find it easiest to just pay a settlement rather than go to court. If, on the other hand, there were a lot of other drivers involved in the crash, or who was at fault for the accident is more unclear, then a case could end up going to litigation. Unfortunately, going to court tends to take a lot more time, so it could end up being many months or even years before a case gets resolved. Settlement negotiations, on the other hand, could be concluded in as little as a couple of months.

Talk to a Fort Lauderdale Truck Accident Lawyer About Your Case

Getting compensated after a truck accident is usually not a simple or easy process, so if you were involved in a collision with a commercial vehicle, you’ll want an experienced Fort Lauderdale truck accident lawyer on your side whose only concern is protecting your interests. Call Boone & Davis at 954-566-9919 today to learn more.

By Boone & Davis | Posted on August 23, 2022
« Someone Hit My Parked Car – What Are My Options?
Motorcycle Accidents In Intersections »