Giving A Recorded Statement To An Insurance Company 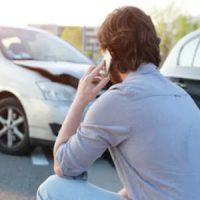 When a car accident occurs in Florida, insurers inevitably become involved in the claims process, as they are usually the ones who are responsible for covering the costs associated with personal injury claims. Generally, the third party insurer will reach out to the victim soon after the accident, requesting a recorded statement about what happened on the date in question, after which, they will investigate the claim by speaking with other victims and inspecting the damaged vehicles.

While giving a recorded statement to insurers may seem harmless, what is said in these interviews can actually have important consequences for the outcome of a claim. Furthermore, accident victims are often still in a state of shock and confusion following an accident, and may even be on prescribed medication, all of which can color what a person remembers happening in an accident. Unfortunately, insurance adjusters often use this vulnerability to their advantage, as their primary focus is typically on limiting their liability. Before giving such a statement, be sure to speak with an experienced Fort Lauderdale auto accident lawyer.

What are Recorded Statements?

Recorded statements are video or audio interviews between an accident victim and an insurer, where the latter asks a series of questions regarding what happened leading up to, during, and after a car accident. These statements are later used to create a written record, which can be used either for or against the victim’s interests. Once a recorded statement is given, it cannot be taken back and officially becomes part of the car accident claim evidence. These statements form a significant portion of an insurer’s evaluation in determining who caused the accident and how much to pay in compensation.

Can I Have Legal Representation?

Accident victims have the right to refuse to make a recorded statement without a legal representative. Insurance adjusters can, however, refuse to proceed with their analysis until this statement is given. In these cases, accident victims should direct insurers to speak directly with their attorney, who can go over the statement and while guiding the victim to answer honestly, can also prevent an adjuster from using misconstrued information against the victim, or asking unfair questions.

What Questions Will I Be Asked?

When being asked to give a recorded statement, accident victims can expect to be asked specific questions about:

The answers to these queries can have a significant impact on an insurer’s decision regarding fault. Even an answer that seems to support a claimant’s position could be used against them by a clever insurer, which is why it’s so important to delay making these statements until you speak with an attorney.

At Boone & Davis, we have extensive experience handling car accident claims. Call us at 954-566-9919 to set up a free evaluation, so we can get started on your case today.

By Boone & Davis | Posted on March 15, 2022
« How A Personal Injury Attorney Can Help With Your Claim
Falling Debris On The Road »