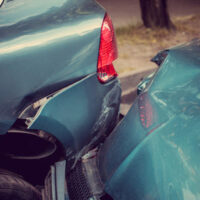 Last week, the Florida House of Representatives Commerce Committee approved legislation that would require Florida drivers to carry bodily injury liability insurance. House Bill 19 is scheduled to go to the House floor for consideration when the 2018 legislative session starts in January. If passed, this law could have a significant impact on how car accident claims are handled, so if you have questions about current insurance laws and the potential changes proposed by the House, please contact a member of our auto accident legal team to speak with an experienced attorney who can address your concerns.

Under Florida’s current law, vehicle owners are only required to carry $10,000 in Personal Injury Protection (PIP) and $10,000 for Property Damage Liability (PDL). Also referred to as “no-fault insurance,” PIP insurance ensures that the policyholder is covered in the event of an accident, regardless of whether he or she actually caused the crash. However, insurers will only cover injuries up to the limits of the policy of $10,000, unless the insured’s policy is for a greater amount.

Similarly, PDL insurance only covers damage inflicted to another person’s car by the policyholder and does not apply to physical injuries sustained in an accident. The $10,000 threshold is much lower than that required by most states and although it was originally intended to limit lawsuits stemming from traffic accidents, it actually leaves many accident victims with unpaid medical bills and other expenses. Florida is also one of the few remaining no-fault states, and if the legislature passes the Responsible Roadways Act, Florida would be joining 48 other states in requiring bodily injury liability insurance.

If passed, the new law would repeal Florida’s existing PIP laws, instead requiring drivers to carry a minimum of $25,000 in coverage for bodily injury or death per person and $50,000 per accident. Furthermore, the law would do away with the no-fault system, meaning that at-fault drivers could be held fully liable for damages resulting from an accident that they caused. Although critics of the bill argue that this will increase the number of cases that must go through the court system, supporters argue that the higher number of responsible, covered drivers on the road and the possibility of cutting down on fraudulent claims would outweigh these concerns. Supporters also point to studies conducted by the House’s staff, which have revealed that repealing the no-fault insurance system in Florida would result in an overall reduction in premiums by as much as 9.6 percent on liability policies or around $81 per car per year.

Similar bills have been introduced every year since 2013. The most recent died in the Senate during the 2017 legislative session.

Schedule a Consultation with an Experienced Car Accident Attorney Today

If you have questions about Florida’s no-fault system or how the new law could affect your own responsibilities and rights, please call 954-566-9919 to speak with one of the dedicated car accident attorneys at Boone & Davis today. Our Fort Lauderdale legal team is here to assist you immediately.