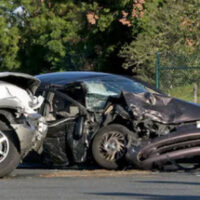 With the passage of a PIP reform law by Florida lawmakers, many motorists began anticipating significant changes to the state’s no-fault insurance system. These hopes, however, were ultimately dashed when  Governor DeSantis surprisingly vetoed the legislation that had passed both the Florida House of Representatives and Senate. If passed, the law would have required motorists to carry bodily injury coverage, which in turn would have covered drivers who cause accidents through negligence or recklessness. With this veto, however, drivers can expect to continue engaging with the state’s no-fault PIP liability system, at least for the foreseeable future. To learn more about filing a car accident claim under the current no-fault standard, please reach out to one of our experienced Fort Lauderdale auto accident lawyers today.

Passed by both houses, Florida’s auto liability reform legislation would have done away with the state’s adherence to the no-fault system. Instead of being required to purchase Personal Injury Protection (PIP) insurance to cover one’s own injuries (regardless of who actually caused an accident), motorists would have had to carry at least $25,000 in bodily injury coverage per person and $50,000 per accident. These policies, unlike PIP coverage, would have protected drivers who cause accidents, which means that accident victims would no longer have been required to go through their own insurers before attempting to seek compensation from a person who caused their crash. This newest veto represents only one of the many failed attempts made in recent years to reform Florida’s PIP insurance system.

Why Did the Reform Legislation Fail?

Although Florida lawmakers believed that the new auto liability law, Senate Bill 54, would have addressed some of the unfairness of the current system, Governor DeSantis still chose to veto it. In doing so, the governor stated that while the PIP system is flawed, he did not believe that enacting the law would address those issues and could actually end up costing consumers more in the long run. The governor’s veto leaves the issue of PIP reform unresolved for the time being, as it remains unclear as to whether the Florida Legislature will attempt to reform or replace the law by introducing a different bill in its 2022 session.

What This Means for Florida Drivers

The failure of the new PIP reform laws mean that not much will change for Florida motorists in regards to car accident claims, at least in the near future. The same system, which requires PIP insurance coverage for all drivers that has been in place for the last 40 years will continue to apply, which in turn, means that drivers will still need to carry PIP coverage and apply to their own insurers for compensation after a crash. Similarly, those whose injuries qualify as serious, will still have the option of filing a personal injury claim against the at-fault party in court.

Set Up a Meeting with a Dedicated Car Accident Lawyer

If you were recently involved in a collision in Florida and are unsure of what to do next, please contact the dedicated car accident attorneys at Boone & Davis for a free case review. We can be reached at 954-566-9919 or via online message.