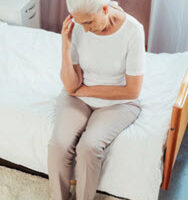 Every 20 years, Florida’s Constitution Revision Commission meets to discuss potential changes to the state’s constitution. During this year’s meeting, the group has been asked to consider introducing a Nursing Home Bill of Rights that would require nursing homes to provide residents with a safe living environment. This request, known as Proposal 88, would also guarantee nursing home residents access to courts and juries, a right that is often given up when residents are required to sign arbitration agreements in order to gain admission into a nursing home. The proposal was spurred by the tragic deaths of twelve nursing home residents following Hurricane Irma, who passed away from heat-related illnesses when the facility lost power and the employees and administrators failed to seek assistance from emergency authorities.

If enacted, these changes could have a significant impact on the thousands of nursing home residents in Florida, who are often the victims of abuse and exploitation, so if you are concerned about an elderly loved one’s well-being or have questions about the scope or potential impact of the new proposal, it is critical to speak with an experienced nursing home abuse attorney for advice.

However, these rights are only codified in Fla. Stat. 429.28. If passed, Proposal 88, would commit these rights to the state constitution, which would make them much more difficult to change. Furthermore, arbitration agreements, which are permitted under the Florida statute, would be taken off the table entirely.

Although arbitration agreements are generally disfavored by plaintiff attorneys, new nursing home residents are often required to sign them before they can be admitted. In many ways, these agreements take away a patient’s rights to have a legal dispute involving the nursing home resolved in court by a jury. This in turn, also means that other rights, including the right to share information during discovery are also overlooked. In nursing home cases, arbitration outcomes also tend to be decided more favorably toward nursing homes, while the process of coming to a decision is kept strictly confidential. Unfortunately, this means that potential residents won’t be able to discover the truth about recent allegations, while residents will also be prohibited from speaking about nursing home abuse or neglect to anyone not involved in the arbitration. Florida courts have repeatedly chosen to uphold these types of agreements, except in cases where the agreement violates public policy by blatantly favoring the facility or is considered invalid because it was signed by someone who was not authorized to serve as power of attorney.

If you are concerned that a loved one may be in danger at his or her nursing home and have spoken to the authorities, please contact us at Boone & Davis at 954-566-9919 to learn more about their legal rights in Florida.