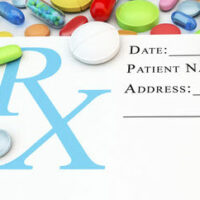 When people think of medical malpractice they often imagine botched surgeries, in which a doctor leaves a surgical tool inside a person’s body, or a physician who fails to recognize obvious signs of a serious medical condition in time to provide treatment. While this kind of conduct is considered medical malpractice and does occur at an alarmingly high rate, one of the most common forms of negligence committed by medical professionals is failing to properly fill prescriptions. This can mean life or death to those who end up taking medications for which they did not receive a prescription and can result in devastating injuries for others. Fortunately, these injuries are compensable, so if you or a loved one were injured when your medication was filled incorrectly, it is critical to contact an experienced medical malpractice attorney who can help you file a claim against the at-fault party who caused your injury.

Medication errors can take a number of different forms and occur at a variety of levels in the treatment process, but failing to fill a prescription correctly usually occurs at the pharmacy level and so can be attributed to the negligence of either a pharmacist or a pharmacy employee. Filling prescriptions is a difficult process and requires extensive education and training. Unfortunately, errors still can and do occur when it comes to filling prescriptions. For instance, a pharmacist could fill a prescription with the correct medication, but provide the wrong dosage or amount. Alternatively, a medication could be labeled incorrectly, or be given with the wrong instructions and warnings. In other cases, prescriptions are simply filled with the wrong medication or a medication of the wrong administration method, such as a patch instead of an injection, or pills instead of a liquid.

A failure to properly fill a prescription can occur at any time and involve any type of medication. However, certain types of medications are notorious for being improperly filled, a trend that can largely be attributed to the popularity of specific kinds of medications. For instance, insulin, opioid narcotics, antipsychotics, and antibiotics are often filled incorrectly, which can have devastating consequences for victims. Those who suffer from Type 1 diabetes, for example, require a specific dosage of insulin, so if they receive an improperly filled prescription they could suffer from hypoglycemia or side effects from high blood glucose levels. In other cases, a prescription filled with the incorrect medication could cause a complication with an existing medical condition that is being treated, or could cause an injury because the person taking it has a severe allergic reaction. Even those who receive the wrong medication and who don’t suffer a serious injury could suffer adverse consequences because they are not actually being treated for the condition from which they are suffering.

Whether your prescription was improperly filled because a pharmacist was unable to read a doctor’s handwriting, an employee failed to input certain patient information into the pharmacy’s system, or a drug was mislabeled, you could be eligible for compensation if you suffered an injury as a result. Please call 954-566-9919 to speak with one of the experienced Fort Lauderdale medical malpractice attorneys at Boone & Davis at 954-566-9919 to learn more about your legal options.