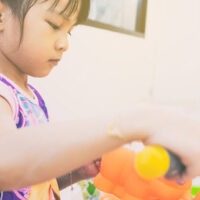 As the holidays creep ever nearer, more and more people are beginning to shop online and in stores to find the perfect gifts for their children. While most people do not associate toys with serious injuries, the reality is that thousands of children are injured by defective toys every year. In fact, according to The U.S. Consumer Product Safety Commission (CPSC), there were approximately 240,000 toy-related injuries in 2016 alone. While some of these injuries were caused by the misuse of a toy, many were the result of defective designs or manufacturing, both of which are grounds for legal action, so if your child was injured by a toy and you believe that a defect was the cause, please contact a member of our personal injury legal team for help filing your own claim.

The types of injuries sustained by children who played with defective toys fall under a range of categories, including head trauma and broken bones. However, as many as 40 percent of injuries were lacerations, abrasions, or contusions, almost half of which were to the head and face. Children are also at risk of choking or suffering from poisoning or burns.

Tragically, at least seven children lost their lives last year when playing with a toy. Although all of the children were under the age of 12 years old, the types of toys varied greatly. For example, riding toy injuries accounted for 43 percent of deaths, but rubber balls, balloons with strings, and toys with small parts also contributed to or caused half of these untimely deaths.

This year, more than 745,000 defective toys were seized at ports of entry and barred from being imported into the country for safety violations. Unfortunately, many defective toys still slip through the cracks and can cause serious injuries to users. When this results in injuries to children, manufacturers, assembly factories, wholesalers, retailers, and manufacturers of individual component parts can be held liable for damages.

There are three types of products liability claims that an injured party can raise after a toy-related injury, including:

When plaintiffs can prove that one or more of these types of defects led to their child’s injury, they could be eligible to collect compensation for both past and future medical expenses, lost wages if one of the child’s parents was unable to work while the child was rehabilitating, and pain and suffering. Collecting these damages could go a long way towards helping a child and his or her family move on from this type of traumatic experience.

If your child was injured by a toy, please call 954-566-9919 to discuss your case with one of the experienced personal injury attorneys at Boone & Davis. Our Fort Lauderdale legal professionals are prepared to assist you immediately.