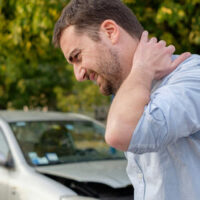 Thousands of people are injured in car accidents in Florida every year. While many of these injuries, such as lacerations and broken bones, are immediately noticeable to victims, others, such as nerve damage and head trauma may only manifest after a number of days, or even weeks have passed. Recovering damages in these cases can be difficult, as it becomes much harder to link injuries to certain events after a significant amount of time has passed, so if you were injured in a car accident, but your injuries were not immediately apparent, it is critical to speak with an experienced auto accident attorney who can help protect your interests, whether during negotiations, or in the courtroom.

Because of the initial shock and adrenaline rush that so often accompany vehicle collisions, many victims are not initially aware that they have been hurt. For this reason, car accident victims should seek medical care as soon as possible after an accident, even if they are not experiencing any symptoms, as lab results, MRIs, x-rays, and physical examinations could reveal an injury before it even manifests.

It is also important for Florida residents to have a good idea of the symptoms of a delayed injury, the most common of which include:

Drivers and passengers who experience any of these symptoms should be sure to seek medical care as soon as possible, as waiting to seek treatment could significantly delay recovery.

What to do if You Experience Delayed Symptoms

One of the most important things to remember for those who are involved in car accidents is that they should wait before releasing an at-fault party from liability. This is true even for those who don’t experience any symptoms immediately after an accident, as completing this form bars injured parties from filing a claim later in court if they begin experiencing delayed injuries. Injured parties should also seek immediate medical attention, so that they can begin receiving treatment, while also creating a record that links their symptoms to an earlier accident.

Call Our Office Today for a Free Consultation

If you were injured in a car accident, please contact the dedicated Fort Lauderdale car accident lawyers at Boone & Davis today. You can reach a member of our legal team by calling 954-566-9919 or by completing one of our brief online contact forms.