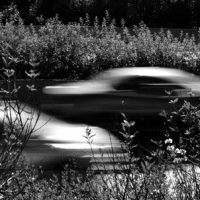 Most car crashes are the result of human error, which includes everything from intentional violation of traffic laws, like speeding to general carelessness. In Florida, when a driver fails to show reasonable regard for the laws and current road conditions when driving, he or she can be held legally liable to cover the resulting damages. Proving negligence, however, can be complicated, so if you were hurt in an accident through no fault of your own, it is important to reach out to an experienced Fort Lauderdale auto accident lawyer who can help you strengthen your case.

What is Careless Driving?

Under Florida law, all drivers are required to operate their vehicles in a careful and prudent manner, which includes showing adequate regard for the width, grade, and curves in the road, as well as paying attention to corners and traffic. Drivers who fail to abide by these rules can be held liable for careless driving. This kind of behavior is cited in a wide range of crashes, including rear-end accidents and failure-to-yield collisions, which are almost always caused by inattention or speeding.

In serious cases, aggressive driving can even cross the threshold into reckless driving, which requires showing that a driver acted with intentional indifference to the consequences of his or her dangerous actions. Reckless driving includes things like weaving in and out of traffic while speeding, racing, and fleeing from police.

Just because another driver is cited for violating Florida’s careless driving law, does not mean that establishing liability is a done deal. While it’s true that evidence of this kind of citation can help strengthen a claim, injured parties will still need to prove a few things to succeed when filing a legal claim in court, including that the driver’s negligent actions caused the crash and the plaintiff’s injuries; and that those injuries qualify as serious under Florida law. This is where the help of an experienced car accident attorney can play a critical role in the outcome of a case. Successful plaintiffs could be entitled to compensation for their medical bills, lost wages, property damage, and even their pain and suffering.

If you were hurt in a Fort Lauderdale car accident, contact Boone & Davis at 954-566-9919 to learn more about your legal options. We don’t charge for initial consultations, so don’t hesitate to reach out to us by phone or online message today. A member of our team is standing by to get started on your case.