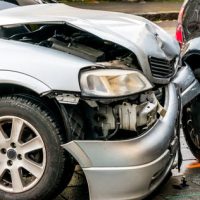 Experts have long recognized certain trends when it comes to the individuals who are injured in car accidents. A recent report issued by the Insurance Institute for Highway Safety, for instance, revealed that car accident injury risks are actually higher for women than for men. Fortunately, it is possible for those who are injured in car accidents, regardless of their gender, to recover compensation for their losses, so if you were hurt in a crash, you should consider reaching out to an experienced Fort Lauderdale auto accident lawyer who can evaluate your case and walk you through your legal options.

Research has long shown that men are generally more likely to be involved in car crashes than women, a trend that is largely attributed to the fact that men tend to drive more miles than women and also engage in riskier driving behaviors, like speeding and driving while intoxicated. Experts recently found, however, that when they controlled for speed and similar factors, women, on a per-crash basis, are nearly 30 percent more likely to be fatally injured in an accident and between 37 and 73 percent more likely to suffer serious injuries. Specifically, the Insurance Institute for Highway Safety found that women were:

Vehicle Model and Type of Collision

According to the Insurance Institute for Highway Safety’s recent study, the higher risk of injury for women can partly be attributed to the kinds of vehicles that women drive and the types of crashes in which they are involved. For instance, the study revealed that women are more likely to drive cars that are smaller and lighter, leaving them more vulnerable to serious injuries in the event of a collision. Around 70 percent of women who were involved in crashes in a recent year, did so in cars, compared to 60 percent of men, while approximately 20 percent of men who were involved in car crashes were driving trucks, compared to five percent of women.

Women are also involved in certain kinds of collisions more often than men, including rear-end collisions and side-impact crashes, both of which can result in serious injuries. Researchers also found that women seem to be more prone to serious leg injuries compared to men. Although the reason for the latter trend is unclear, some scientists believe that it has to do with variations in height, weight, and body proportion, which can affect the outcome of a crash’s impact.

Reach Out to Our Dedicated Car Accident Legal Team

All car accident victims, regardless of their gender, age, or health could be entitled to compensation for their medical bills, lost wages, property damage, and pain and suffering after an accident. If you were injured in Fort Lauderdale, contact our dedicated car accident attorneys at Boone & Davis by calling 954-566-9919 for a free case review.

By Boone & Davis | Posted on February 7, 2022
« The Benefits Of Car Accident Witness Statements
What Is Personal Injury Law? »