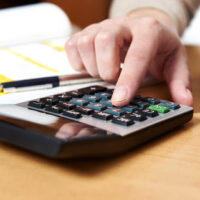 Even relatively minor injuries sustained in a car crash or other accident can make it difficult, if not impossible for victims to fulfill their work duties. This in turn, can make it extremely challenging to stay on top of mounting medical bills and household expenses, especially for those who sustain serious and disabling injuries. In many cases, injured parties are eventually able to return to work, but are unable to fulfill their previous position and must accept lower paying work, while some are never able to work again. In these situations, the injured party may be able to collect compensation for lost earning potential, so if you were injured in an accident and suffered a disabling injury, you should contact an experienced personal injury attorney who can help you file a claim against the at-fault party.

In order to meet the standard of a disabling injury, an injury must satisfy the definition of a legal disability, which according to The Americans with Disabilities Act (ADA) is any physical or mental impairment that substantially limits one or more major life activities. These activities include, but are not limited to:

While some workers are able to receive disability payments through Social Security, only those whose disability prevents them from working as they did previously or who cannot adjust to new employment and whose injury is expected to last for at least a year or result in death can collect benefits. Unfortunately, some seriously disabling injuries do not fall under this category, leaving injured employees with the option of accepting lower paying work or remaining unemployed.

What is Lost Earning Potential?

Lost earning potential refers to a decrease in a person’s ability to earn wages or a complete inability to secure employment as a result of a disability. While filing a claim for lost wages is relatively simple and only requires the submission of pay stubs and tax returns, proving how much a person would have earned in the future if he or she had not been injured is more difficult. For this reason, injured parties who want to collect compensation for lost earning capacity will usually need to hire an economic expert who can calculate what they would have reasonably been expected to make if the accident had not occurred. This requires the analysis of a work-life expectancy chart, which helps determine a person’s average age of retirement based on his or her gender, occupation, and ethnicity. Once collected, this information is multiplied by the person’s average expected yearly income over the course of the years lost as a result of the injury. For instance, a plumber who suffered a disabling back injury when he or she was 40 years old, made an average salary of $100,000 every year, was expected to receive a yearly five percent raise, and would have retired at the of age 65 years old, could expect to collect around $1.5 million in lost future income. This number is reached by multiplying the injured party’s salary, including raises, by the number of years that he or she is unable to work as a result of the injury, which in this case would be 15.

To speak with an experienced Fort Lauderdale personal injury attorney about your own disabling injury, please contact Boone & Davis by calling 954-566-9919 or by initiating a live chat with a dedicated member of our legal team.