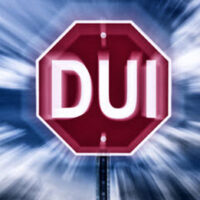 Building a strong case after being involved in a car crash often depends primarily on the tangible evidence that the injured party is able to collect. The types of evidence used after a drunk driving accident, however, may be unique compared to what is required for other accident claims, as these civil cases also often involve a criminal component. The criminal aspects of a DUI case can complicate a civil claim that is based on the same DUI accident, so if you were recently injured in a collision caused by a drunk driver, it is important to consult with a Fort Lauderdale DUI accident attorney who can help protect your legal interests.

Drivers who cause crashes while intoxicated can be held both civilly liable by those who were injured in the accident, and criminally liable by the state. While the criminal justice system is separate from the civil court system, there is some overlap when it comes to certain injury claims. For instance, the evidence used by prosecutors to charge or convict a driver can be used to establish liability for a later civil claim. This includes unique evidence like:

For help determining what types of evidence could be used to support your own claim, please call our office today.

Obtaining the evidence of a driver’s intoxication from a criminal court and then using that evidence in a civil claim are two separate, but equally complex endeavors. However, if submitted to the court in accordance with the proper legal procedures, evidence from a criminal DUI conviction can be used to satisfy the burden of proof in a civil case based on the same accident. Ultimately, this can significantly reduce the amount of evidence that needs to be presented to the court to establish that the defendant was at fault for an accident.

It’s important to note, however, that even if criminal evidence is used to establish a defendant’s liability in a DUI case, the injured party will still need to provide proof of his or her losses, including medical bills, evidence of lost wages, property damage costs, and pain and suffering.

Were You Injured in an Accident Caused by a Drunk Driver?

To learn more about the types of evidence you may need to establish liability in a civil DUI claim, please call 954-566-9919 and a member of our legal team will connect you with one of the dedicated DUI accident lawyers at Boone & Davis today. There is no charge for initial consultations, so don’t hesitate to call or contact us online to set up an appointment.