Proving Fault in a Failure to Yield Accident 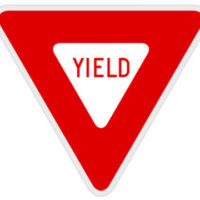 While we may like to think that everyone on the road is familiar with Florida’s traffic laws, the number of accidents occurring in the state indicate that this is unfortunately, not the case. Many drivers, for instance, are unfamiliar with the rules regarding who has the right-of-way and what that entails. To learn more about how these rules could affect your own chances at recovery, please call an experienced Fort Lauderdale auto accident lawyer today.

Who has the Right-of-Way?

The right-of-way is a term used to refer to the driver who has the right to proceed when one or more vehicles are trying to enter a road or are at an intersection at the same time. This term can, however, also be used when referring to a situation involving a pedestrian or bicyclist. Under Florida law, certain drivers, cyclists, or pedestrians have the right-of-way in specific situations and when someone fails to obey those rules, he or she can be held liable for any resulting accidents.

While some of these scenarios, notably those involving freeways, will have signs indicating who must yield to whom, this isn’t always the case. In those situations, it is the drivers who must have a thorough understanding of state and local traffic laws.

Proof that a driver didn’t obey the right-of-way rules can act as strong evidence that a driver is at-fault, and so can be held liable, for causing an accident. Demonstrating this can be achieved through the use of:

For help determining whether a failure to yield contributed to your own accident, please call our office today.

Was Your Accident the Result of a Failure to Yield?

If you were injured in an accident because another driver violated a traffic law, please call the dedicated car accident lawyers at Boone & Davis to learn more about how that violation could affect your own ability to recover compensation. Call us at 954-566-9919 or send us an online message today.