Why Car Accidents Are More Common In The Summer 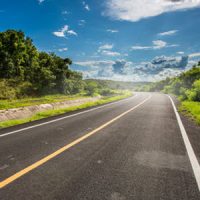 Most of us look forward to the summer months, which are generally accompanied by balmy weather and time off from work. Unfortunately, the summer months also see an increase in the number of car accidents occurring on Florida roads, with the months between June and August considered particularly dangerous. This alarming trend has a number of different causes, which drivers should familiarize themselves with before getting out on the road this summer.

More Teenage Drivers on the Road

One of the reasons for the increase in car accidents in the summer months is simply that teenage drivers are out of school and spending more time on the road. Teenagers are inexperienced drivers and so are generally more likely to be involved in collisions. This, combined with the fact that there are usually more cars on the road during the summer, means that motorists are at a higher risk of being injured in a car crash during these months.

Summers in Florida can get extremely hot, which can impact a vehicle’s performance. Heat can, for instance, significantly increase a tire’s chances of blowing out, as high temperatures increase the air pressure in the tires themselves. Blowouts are dangerous and can end up causing drivers to lose control of their vehicles.

Besides its hot temperatures, Florida’s summer months are also often accompanied by rainstorms. While many are short afternoon showers that quickly dissipate, others can be severe enough to impact driving conditions, increasing the chances that a driver will hydroplane. The bright sun can also cause problems for drivers, with glares temporarily blinding some motorists.

The summer months also see more road construction than at other times during the year. Unfortunately, these road projects can affect more than just a driver’s daily commute, as changes in the navigation of familiar roads can contribute to collisions. Becoming distracted by these changes can also increase a person’s chances of being involved in an accident, as can tailgating or speeding, both of which are common in construction zones.

More People on the Road

Florida is a hotspot for many tourists, so it is unsurprising that there are usually more out-of-towners on the roads during the summer months, when many people go on vacation. Besides the dangers that come with more cars on the road, visitors may struggle when navigating unfamiliar roadways, increasing the likelihood of causing an accident. It is also not uncommon to see more cyclists, pedestrians, and motorcycle riders on the road in the summer months, when the weather permits. Unfortunately, this also increases the risk of collision.

Reach Out to Our Fort Lauderdale Legal Team

A summer car accident can put a damper on the rest of the year. For help seeking compensation after your own crash, please call the dedicated Fort Lauderdale auto accident lawyers at Boone & Davis today. We can be reached at our office at 954-566-9919 or via online message. Initial consultations are conducted free of charge, so don’t hesitate to reach out to us at your earliest convenience.