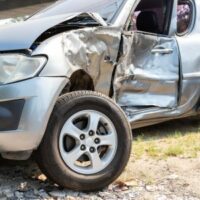 If you were injured in, or incurred damage to your vehicle in a Florida car crash, you may be wondering about the types of options you have for recovering compensation. There are actually a number of different laws in Florida that could affect your recovery, so if you or a loved one were injured in a car accident, you should consider reaching out to an experienced Fort Lauderdale auto accident lawyer for help.

In car accident cases, juries are asked not only to calculate the dollar amount of a plaintiff’s losses, but also to assign each party a percentage of fault in causing the accident. In cases where one party was completely at fault for an accident, assigning blame is relatively simple, with drivers who cause serious accidents through their own negligence being held liable for the entirety of the damages incurred by the victim. Complications can, however, arise when the injured party was also partly at fault for a crash. In some states, for instance, any contribution to an accident will bar someone from recovery, even if that contribution was as little as one percent. Fortunately, Florida follows a pure comparative fault rule, under which damages awards are reduced by a percentage that is equal to each party’s degree of fault in causing the accident.

Under Florida’s pure comparative fault law, a car accident victim who contributed to an accident in some way will not necessarily be barred from recovering compensation from the other parties involved. Instead, a court will assess and assign each party a percentage of fault in causing the crash. Take, for instance, a case wherein a jury decides that the total damages award is $100,000 for the victim’s medical bills, lost income, vehicle damage, and pain and suffering. In this example, if the jury also determined that the victim was 40 percent responsible for the accident, then the plaintiff could still expect to recover damages, albeit in an amount totaling 60 percent of the $100,000 total. While this means that the injured plaintiff wouldn’t recover the full $100,000, he or she would still be entitled to $60,000 ($100,000 minus 60 percent).

Is There a Maximum Threshold for Comparative Fault?

In some states, courts apply the comparative negligence standard, but do so in a modified capacity. When a plaintiff contributed to an accident, for instance, he or she would receive a damages award that was reduced by his or her degree of fault, unless it is determined that that person was more than 50 percent responsible for the crash. If this is the case, the plaintiff would be barred from recovery and can actually expect to be asked to reimburse the other party. This is not the rule in Florida, where comparative fault rules apply even when a plaintiff is found to be more at fault for an accident than the driver that he or she is suing.

The uncertainty of Florida’s PIP insurance laws, as well as the complexities of the state’s pure comparative fault rules, can make navigating car accident cases more difficult than most people anticipate. For help, please call Boone & Davis at 954-566-9919 today.