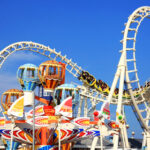 As summer approaches, more and more Florida residents are planning vacations, family trips, and visits to  amusement parks. While millions of people visit theme parks every year and have enjoyable experiences, a fair number sustain serious injuries. For instance, two years ago, a ten year old boy tragically lost his life on a waterslide… Read More »

It is estimated that there over 1,000 water parks throughout the United States. Water parks are classified as fixed site amusement parks and, as such, the Consumer Product Safety Commission (CPSC) has no authority to mandate safety standards for water park businesses. In 1981, amusement park industry lobbyists convinced Congress that fixed-site amusement rides… Read More »