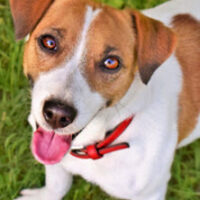 While animal attacks may not seem to occur that often, the Centers for Disease Control and Prevention (CDC) actually estimates that as many as 4.5 million people are bitten by dogs every year. These statistics are alarming, as dog bites come with a series of specific dangers, including disease and infection, the treatment of which can be both painful and expensive. If you were injured in an animal attack in Florida, you may be eligible for compensation for your medical bills and other losses. To learn more, please contact an experienced dog bite lawyer who can evaluate your case.

According to original common law principles, someone who was bitten by a dog could only collect damages from the animal’s owner, if he or she knew that it was dangerous at the time of the attack. More commonly known as the “one bite rule,” this understanding of the law essentially meant that injured parties could not recover damages unless the dog had bitten someone else on a prior occasion, giving its owner knowledge that it posed a danger to others.

The passage of a strict liability state law intended to specifically address dog bites did away with this common law interpretation. As a result, dog owners can be held liable for injuries caused by their animals as long as:

Under the terms of this law, it does not matter whether a dog had a history of being dangerous or if the owner knew that the dog had a tendency to be aggressive towards others. However, courts are permitted to take the victim’s negligence into account when determining fault. This means that a victim’s recovery could be reduced by his or her own percentage of negligence in causing the attack.

It is also important to note that Florida’s strict liability law only applies to dog bites, so if a victim is injured in a different manner, such as being knocked down by someone else’s dog, he or she will still need to prove that the animal’s owner was somehow negligent in order to collect compensation. This could include evidence that a person was required by municipal law to leash their dog in public, but failed to do so, as a result of which, the victim was injured.

Dog bite victims are required to file a claim against the animal’s owner within four years of the date of the incident. Those who fail to meet this deadline will most likely have their case barred by the court, meaning that they will miss out on the opportunity to collect compensation for their medical bills, lost wages, and pain and suffering.

If you were injured when someone else’s dog attacked you, you could be eligible to recover damages to compensate you for your losses. Please call Boone & Davis at 954-566-9919 to schedule a free case review with one of our experienced dog bite attorneys in Fort Lauderdale.