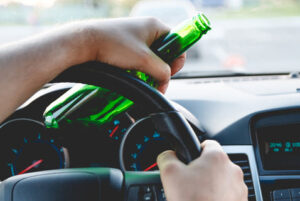 Several people have been injured, and one has died, as a result of a one-vehicle accident that occurred in Southwest Miami-Dade recently. The accident happened in the very early morning hours and a friend of one of those involved in the accident allegedly indicated that alcohol may have been a factor. The passengers had to be removed from the vehicle, which had hit a tree, and the three injured were taken to the hospital.

A Timely Reminder Of Drinking And Driving Dangers

Though no official determination has been made about whether or not the friend’s suspicions about the role alcohol may have played in the accident, this does serve as a reminder of the dangers of drinking and driving. As we get ready to enter the holiday season, with the parties and festivities that come with it, we need to remember just how dangerous it is to get behind the wheel – even after just one drink, the chances that we will be involved in an accident and cause injuries not only to ourselves but others increases exponentially. Florida, in particular the Miami area, is notorious for its party scene and it should come as no surprise that the state ranks among the highest in the country for DUI arrests; in fact, only California and Texas surpassed Florida in numbers alone in 2015.

According to Mothers Against Drunk Driving (MADD), despite efforts to bring awareness to the problem of drinking and driving, there has been an increase of nearly fifteen percent in the number of deaths attributed to drunk driving accidents in Florida from the previous year. In fact, statistics show that someone is injured in an accident due to drunk driving every two minutes.

While we can make our decisions about our own behavior and choose to not get into a vehicle with someone who has been drinking, we cannot control the behavior of others on the road. You can, however, be on the lookout for signs that others on the road may be driving while impaired and take measures to stay clear of them. Some of the signs to watch for may include fast braking or accelerating, driving too closely to other cars, weaving in and out of traffic lanes and onto the side of the road, near misses and close calls, inconsistent or incorrect use of signaling devices, and other erratic and sudden driving behaviors.

If you or a loved one has been injured in an auto accident as a result of a drunk driver’s negligence or criminal behavior, you are entitled to compensation for your losses. The passionate attorneys at Boone & Davis have decades of experience representing drunk driving auto accident victims and have helped clients throughout the Fort Lauderdale and Miami area to recover money for their injuries. We will work hard on your behalf to do the same for you. Know your rights under Florida law – contact Boone & Davis online or by phone at 954.556.5260 and allow us to help you get the results you deserve today.