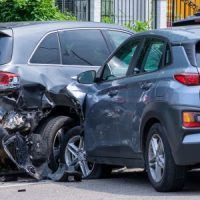 The answer to this question is basically “it depends.” If you can locate the at-fault driver, then you could seek compensation directly from that person. If you cannot find the at-fault driver, however, whether you are able to recover will depend largely on your insurance coverage and the kinds of losses you suffered.

Unfortunately, the complaint that someone hit a parked car isn’t out of the ordinary, especially in Florida, where the roadways are notoriously congested. There are a lot of reasons, however, why someone might strike a parked car. For instance, these scenarios often occur because a driver fell asleep at the wheel and struck a car that was parked on the side of the road. In other cases, a parked car may have been struck when another vehicle tried to pass without enough clearance. A driver could also strike a parked car:

The most dangerous of these accidents occur when both of the vehicles in question are occupied, as the driver of the parked car is not only at risk of sustaining damage to his or her vehicle, but could also suffer a physical injury.

One of the most important factors in determining whether a person can recover after his or her vehicle is struck while parked is the types of insurance coverage available. For instance, all drivers in Florida are required to carry Personal Injury Protection (PIP) insurance, which covers 80 percent of a person’s medical expenses and lost wages. PIP is no-fault coverage, so an accident victim can seek compensation directly from his or her own insurer after a crash. When, however, the only damage is to the vehicle, the injured party could have a harder time recovering compensation, as PIP doesn’t cover property damage.

We Can Help with Your Car Accident Claim

If your own car was damaged in a hit and run while it was parked and you don’t know where to turn when seeking compensation for your losses, feel free to call the dedicated Florida car accident lawyers at Boone & Davis for help. Call us at 954-566-9919 to set up a free consultation.

By Boone & Davis | Posted on January 24, 2023
« What Is A Medical Error?
Attorney Michael Davis Recognized For The 10th Anniversary Of His Martindale-Hubbell AV Rating »
Skip footer and go back to main navigation