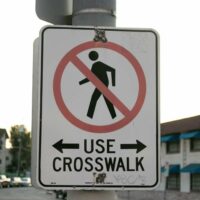 Miami, FL (March 2, 2021) – An incident involving a pedestrian being struck by a car occurred at an intersection in Southwest Coconut Grove on the evening of March 2. At approximately 7:17 a.m., emergency medical personnel and police were requested at the scene of the collision.

Their identity has not been released at this time. Emergency units arrived at the scene shortly after the crash occurred in order to render aid to the injured party.

The injured victim was treated at the site of the accident before being taken to an area hospital for further medical assistance. Traffic delays resulted in the area for some time while responders worked at the intersection.

Police are currently investigating the cause of the crash.

We hope for the full recovery of the injured party.